Amidst the years of fierce bombing, no one could have imagined that there was a Vinh Moc tunnel – a world of living and fighting in the ground, completely isolated from the outside world. Vinh Moc Tunnels is a cultural and historical relic with great historical and educational values, a symbol of undying patriotism, the unyielding will, and the creativity of his father during the resistance years. war. Visiting Vinh Moc tunnels, visitors will feel the arduous endurance, incessant creativity, and brave fighting spirit of Quang Tri’s army and people during the war years.

How to get from Hoi An to Vinh Moc Tunnels by private car?

Distance from Hoi An to Vinh Moc Tunnels by private car will take about 4,5 hours (227 kilometers) there are many means to move here for travel such as motorbike rental, taxi, private car transportation is the optimal solution. A private car is undoubtedly the fastest, most luxurious, and most comfortable way to make this journey. Having a private driver gives you the advantage of being picked up and dropped off directly at your hotel at any time that suits you. It also minimizes any potential stress as the journey from Hoi An to Vinh Moc Tunnels is simple, unchanged midway.

Route from Hoi An to Vinh Moc Tunnels

What to expect in your trip?

Your trip with Anh Khoa Travel will begin with being picked up from your hotel by our professional driver. You’ll get to stop visiting famous landmarks on the route from Hoi An to Vinh Moc Tunnels below:

All cancelations from guests arise additional charges as follows:

Why choose private car service from Hoi An to Vinh Moc Tunnels of Anh Khoa Hoi An Travel company?

When should you book the private car to transfer from Hoi An to Vinh Moc Tunnels?

What type of private car do we provide to see you off from Hoi An to Vinh Moc Tunnels?

It’s very simple, you just need to contact us through the following channels to get instant booking confirmation:

We accept the following payment methods:

Interesting information about Hoi An to Vinh Moc Tunnels

Vinh Moc Tunnels is located in Vinh Moc village, Vinh Thach commune, Vinh Linh district, Quang Tri province, 7 km north of Cua Tung beach. From Dong Ha city, it takes about 1 hour to drive a motorbike along National Highway 1A to the North and then turn to a small road down to the sea to reach Vinh Moc tunnels. On the road lined with green bamboo, perhaps few people know that right below their feet is a system of tunnels, an underground “world” of Vinh Linh army and people during the years of resistance from 1965. to 1972.

In 1965, before the destruction of the US air force and artillery, Vinh Moc countryside was completely destroyed. With the will “an inch does not go, a glass does not leave. Each village and commune is a fortress”, Vinh Linh’s army and people have quietly moved their lives from the ground to the underground. Vinh Moc Tunnels is one of 114 large and small tunnels dug throughout Vinh Linh district. These 114 tunnels have a total length of nearly 42km. Among many revolutionary bases in the “fire land” of Quang Tri, the Vinh Moc tunnel village system is the most typical work for the unyielding will, refusing to back down from the invaders of his father.

The work was started in early 1965 and was completed on February 18, 1966, located in the heart of a red basalt hill running close to the edge of the sea. The special thing is that the commander of this project (engineer) at that time education had just finished primary school. (Currently, he is a former lieutenant colonel living in Dong Ha city and is blind due to his wounds in the war.

The work was started in early 1965 and was completed on February 18, 1966, located in the heart of a red basalt hill running close to the edge of the sea. The special thing is that the commander of this project (engineer) at that time his education had just finished primary school. (Currently, he is a former lieutenant colonel living in Dong Ha city and is blind due to his wounds in the war.

The entire tunnel system has a dome-shaped structure with dimensions of 0.9m x 1.75m, length of 2,034m, including many branches connected to each other through the main axis of 870m long. The tunnel has 13 doors, of which 6 are connected to the hill, 7 are facing the sea and 3 are vent wells. Moreover, the hatches have wooden columns to prevent collapse and landslides, discreetly camouflaged, inclined to the wind, ensuring ventilation.

The ground of Vinh Moc tunnel is dug 5m higher than sea level, inclined from 8 to 120 degrees from South to North, from West to East so that water can easily drain, not stagnate in the tunnel, all living It still works normally even in the rainy season. Thanks to that, the clay in the tunnel became harder and harder, making the Vinh Moc tunnel structure still exist almost intact to this day.

Going deep into the tunnels, under the bright enough lights, visitors can clearly see the red earth color of the legendary land as well as the precise and scientific distribution for each location, place, and activity in the area.

This is not only a simple battle tunnel village like other works but also an underground living space of soldiers and locals. They turned the ground into solid fortresses with three interconnected floors. The first floor is 8-10m deep, used for combat maneuvers and shelter. The second floor, 12 to 15 meters above the ground, is where the villagers live. The 3rd floor is more than 23m deep, used as a warehouse for food and weapons for Con Co island as well as for fighting for Vinh Moc tunnels and soldiers.

In particular, along both sides of the tunnel, 1.8m deep and 0.8m wide are cut into small cells, which are rooms for households of 3-4 people who can live. Inside the tunnel, there is also a hall used as a meeting place, cultural performance, movie screening with a capacity of more than 50 people.

Vinh Moc Tunnels is considered a typical work of Vinh Linh tunnel village system. The tunnels are started from the wells, then spread out into the tunnels. Tunnels often run zigzag, in a Z shape to create solid bends, using the earth wall itself to block the path of bombs if dropped.

In nearly 2,000 days and nights of existence, in the heart of the tunnels, no one was injured and 17 babies were born, enough to show the value and meaning of Vinh Moc tunnels, and at the same time, it is a miraculous story about the land of Vietnam. the land and the people here.

Especially during this time, Vinh Moc troops and people did not only use the tunnels as shelters and avoid bombs; but also organize raids right in the homeland, save and treat wounded and sick soldiers. In particular, hundreds of suicide boats from Vinh Moc have headed to the sea to support Con Co island.

This is one of the attractive destinations of the Quang Tri DMZ (demilitarized zone) tourist route and attracts many tourists to visit and learn.

On the site of the relic site, there is also the Vinh Moc Tunnels Museum, which displays war remnants, especially the famous painting To Be Or Not To Be.

Although they have heard a lot about the miracle of this tunnel, only when visiting and exploring the tunnels can visitors understand the hard life and steadfast heart of Vinh Moc army and people over the years? the month of resistance against invaders, gaining independence and freedom for the country. In the Quang Tri travel journey, returning to Vinh Moc today, visitors can feel the hot breath of the old war, thereby more loving their homeland.

The most popular transfer options from Hoi An 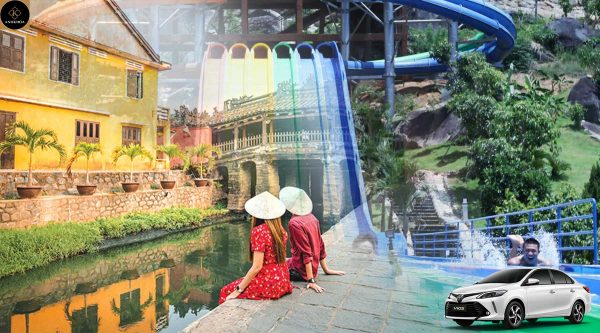 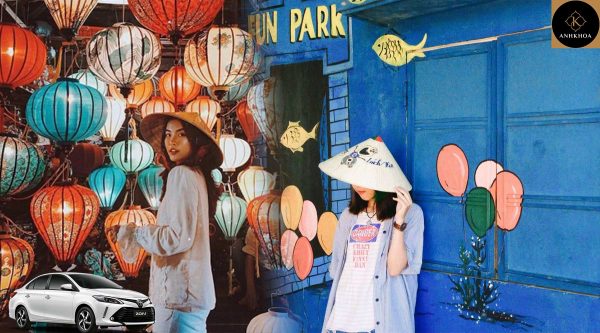 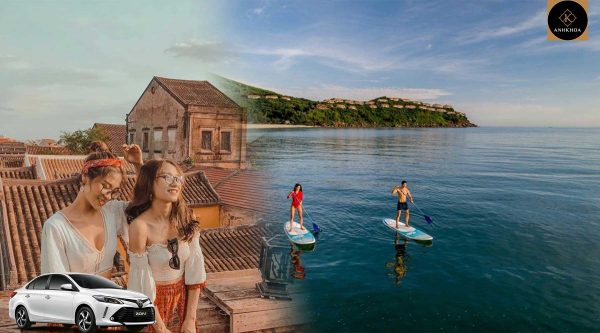 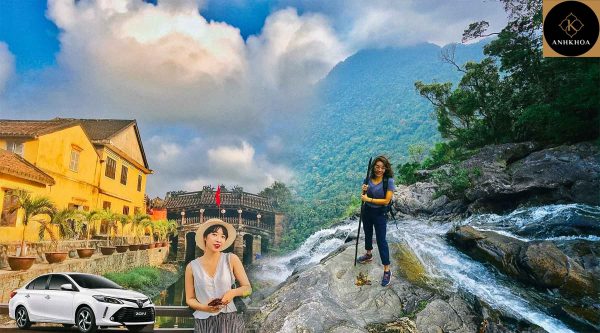 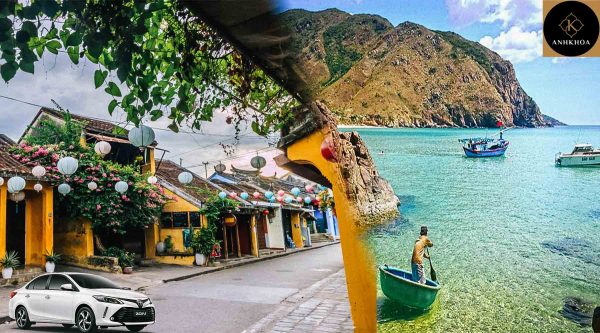 The most popular tours options from Hoi An 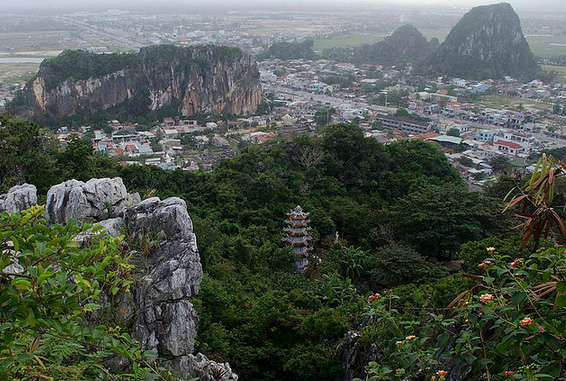 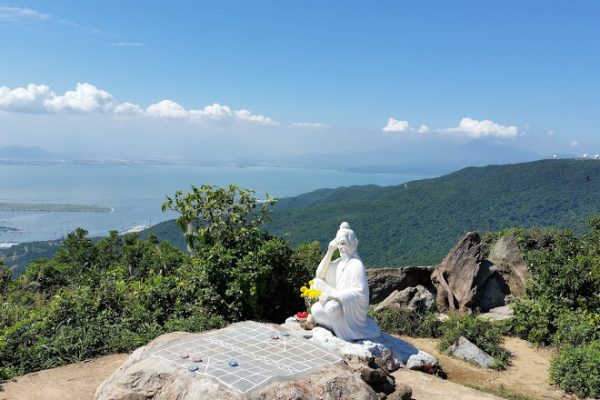 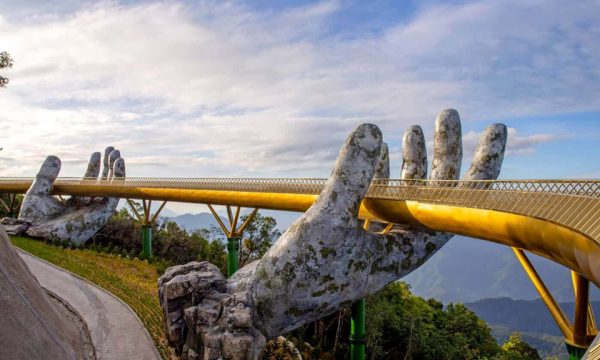 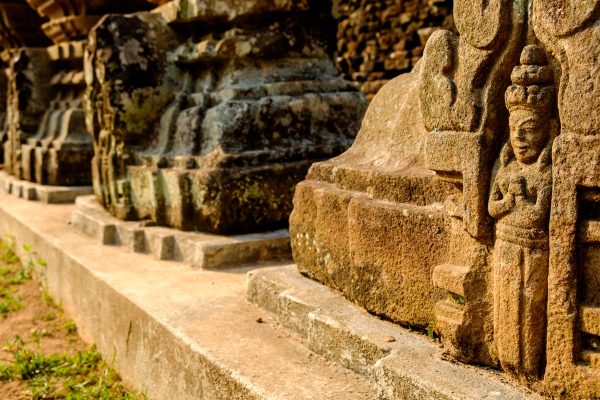 How long does it take from our hotel in Hoi An to Vinh Moc Tunnels?

Travel time from Hoi An to Vinh Moc Tunnels, if you go straight, it takes about 4,5 hrs (distance from Hoi An about 227 km)

Our driver will pick you up right at the hotel door that you have booked to go from Hoi An to Vinh Moc Tunnels according to the information in the booking.