Transfer Hoi An To Hue By Bus (Sleeping)

Hue was known as Panduranga of Cham Kingdom until 1306 when Chế Mân (The Red King) gave this to the Vietnamese King as the wedding gilf to get married to Vietnamese Press. This was called Đàng Trong of the Nguyen Family during the Civil War with the Trinh Family in the North. Hue is intimately connected to the imperial Nguyễn Dynasty, based in Hue, which ruled from 1802 to 1945 when Emperor Bao Dai abdicated in favor of Ho Chi Minh’s revolutionary government. The city went through tough times during the Vietnam War, when it was conquered by the Viet Cong and held for 24 days, during which the VC slaughtered around 3,000 people suspected of sympathizing with the South, being a high school graduate or Christian. In retaking the city American forces initially didn’t use artillery or air support to avoid damaging ancient buildings but due to heavy casualties these restrictions were relaxed and the city was largely destroyed.

Bus From Hoi An To Hue

Hue is a city in central Vietnam that was the capital of Đang Trong Kingdom from 1738 to 1775 and of the Nguyen Dynasty from 1802 to 1945. A major attraction is its vast, 19th-century citadel, surrounded by a moat and thick stone walls. It encompasses the Imperial City, with palaces and shrines; the Forbidden Purple City, once the emperor’s home; and a replica of the Royal Theater. The city was also the battleground for the Battle of Hue, which was one of the longest and bloodiest battles of the Vietnam War.

Price list transfer from Hoi An to Hue by Bus

How to get from Hoi An to Hue by Bus

The distance from Hoi An to Hue by bus will take about 3 hours (134km). There are many means to move here such as Hoi An motorbike rental, taxi, Hoi An private car… but the bus is a cheap, fast and safe solution. We provide a bus from Hoi An to Hue in a sleeper bus with air conditioning and blankets so you can lie down and enjoy the view all the way to Hue. We pick you up at your hotel and drop off at Hue city center.

Bus stop for rest and sightseeing

All cancelations from guests arise additional charges as follows:

– More than 24 hours before departure: No charges

– Less than 24 hours before departure or No show: 100% of the transfer

The process of booking a bus from Hoi An to Hue 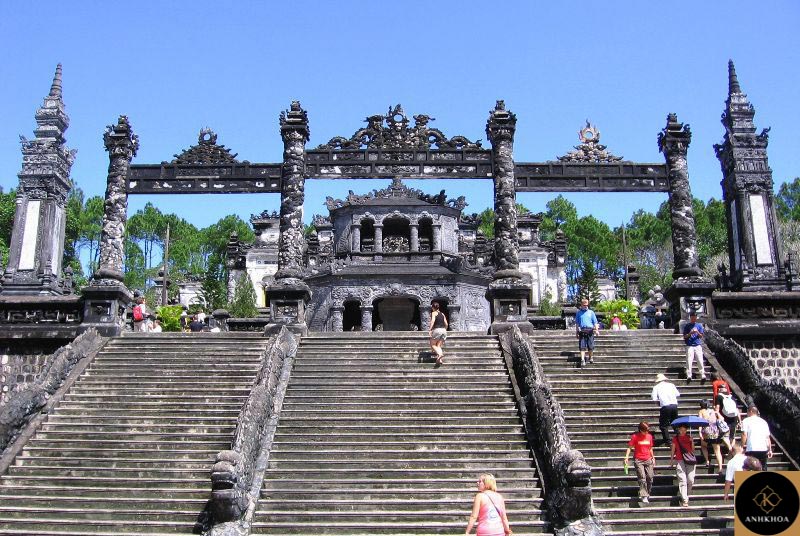 Some notes when booking the bus from Hoi An to Hue

Why choose Bus from Hoi An to Hue city of Anh Khoa Hoi An company?

If using private vehicles such as motorbike rental  or private car, the price is very expensive, but for buses, the cost is much cheaper.

According to statistics of the National Traffic Safety Committee, traffic accidents for motorcyclists account for more than 70% of road traffic accidents. Studies also show that of the means of transport, motorcyclists are most affected by air pollution and the least affected is buses. Buses are considered as one of the safest means of transport. The quality of Anh Khoa’s vehicles has passed periodic quality checks and the driver and ticket control team are trained and trained monthly to ensure service quality and safety for customers.

Currently, the problem of the environment and solving environmental pollution is an urgent problem of the world, and our Vietnam is also among them. The huge amount of motorbikes is now becoming a pile of industrial waste, seriously affecting the living environment. According to a recent environmental status report, about 70-90% of the total urban emissions in big cities are the causes of respiratory diseases, cancer, in which the emissions of motorcycles accounts for the highest percentage. Taking the bus means that you are helping to reduce the amount of smoke and dust in the air. At the same time, we will also avoid the bad effects from smoke, dust and pollution of the environment on health.

4. Limit the impact of the weather outside

Using a motorbike is much more convenient and saves time, but you always have to carry a raincoat or a sundress or keep a few masks in the trunk. With the comfort system on Anh Khoa’s buses, you can avoid the effects of weather from outside such as rain, dust, dirty puddles in the rainy season or hot weather in the summer. You are completely protected by a transparent glass screen. Of course, you don’t have to rush through the rain, skillfully avoid dirty splashes or cover your whole body like a Ninja with a cumbersome sunscreen like before.

Traffic congestion brings consequences and implications for urban life. The first is damage caused by wasted time and fuel. Second, it affects people’s own individuals and families. In many strategies and solutions to combat traffic congestion, the use of public transport such as buses, limiting private means of transport is considered the first choice due to its outstanding advantages. turn on.

6. Have more time to chat with friends and make new friends

The downside of the bus is that it is slower than renting a private car because it has to follow fixed routes. But it’s also an opportunity for you to extend the story with your friends. Time on the bus is one of the great opportunities where you can easily interact and chat with people.

7. There are stops for resting, eating and shopping

If you sit too long on the bus, you will feel uncomfortable and sluggish, our buses will stop at the stops for you to go to the toilet, have a snack and shop for local items. direction

When should you book the bus transfer from Hoi An to Hue?

It’s very simple, you just need to contact us through the following channels to get instant booking confirmation: 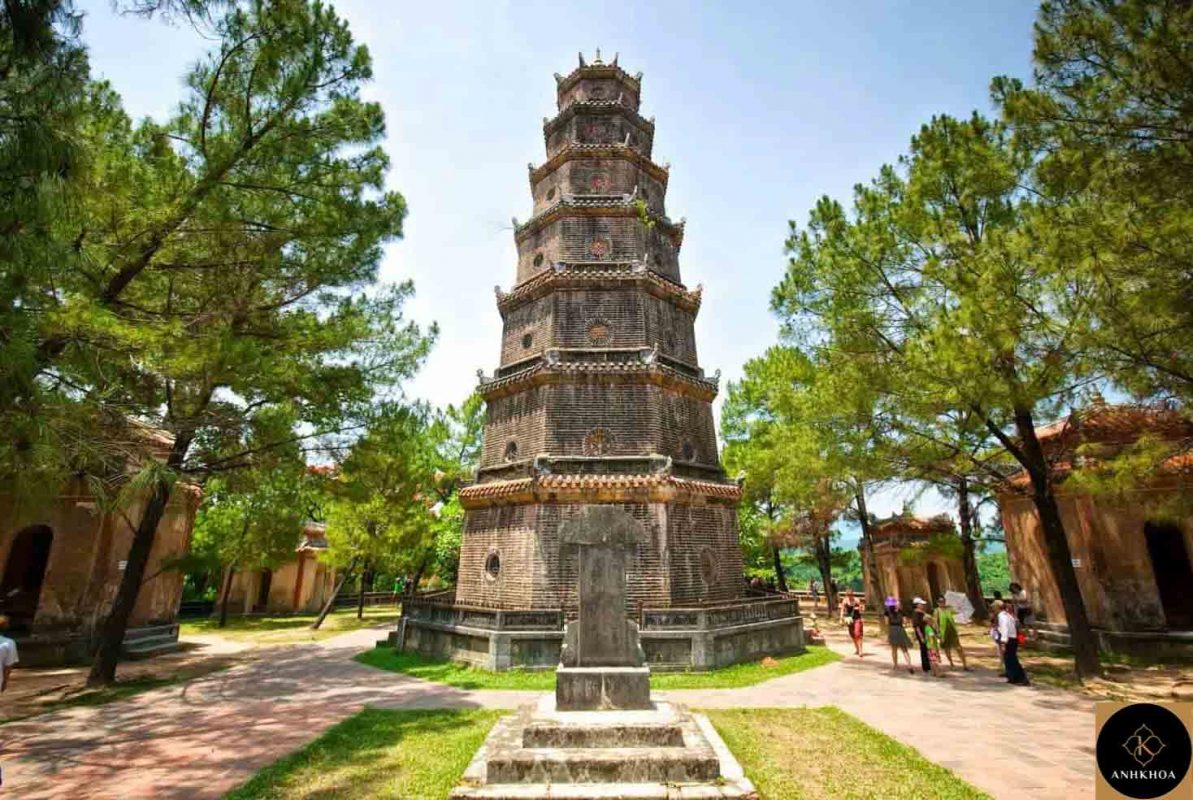 price
$6
Per 1 PAX
Departure time: 7:30am or 13:00pm
Time transfer: 4 hrs
Pick-up: at your hotel in Hoi An
Free for kid under 4 year old
Exclude: Pick up and drop off service, lunch, drinks, Tips
Book Now (Whatsapp)

Our company serves buses from Hoi An to Hue and vice versa. With low cost, but excellent quality will give you the best experience when booking with us. We are ready to consult and book tickets within seconds.

Hue, the ancient capital located in central Vietnam, is still known as a poetic and romantic city.

Nature favors Hue with many beautiful landscapes, but Hue really shines with the tangible and intangible cultural values created by humans. This place is the land of cultural quintessence convergence, creating a spirit, a very unique nuance of Hue.

Experiencing the ups and downs, the fluctuations of history, Hue is still a charming land with a gentle, peaceful and romantic look. The values ​​that Hue preserves have been recognized worthy of the UNESCO recognition as the first World Cultural Heritage of Vietnam in 1993. And now, Hue is one of the most visited destinations of Vietnam. tourists on the tourist map of Vietnam with a new title: Festival City.

Hue has many attractions: the Citadel (Royal Citadel) and the relics of the Citadel area; other points can be mentioned such as Bach Dang, Chi Lang, Bao Vinh old streets; Buddhist and Christian architectural works; gardeners, craft villages…; Go out and shop at Dong Ba market. Going further to the suburbs, you can go to the mausoleum relics such as Gia Long Tomb, Minh Mang Tomb, Tu Duc Tomb… or take a sightseeing tour of the Perfume River, to villages and lagoons – also very interesting.
If you have time and conditions, you can go to the south of Thua Thien Hue in Phu Loc district (about 40km from Hue city center); From here, you can go to many places such as discovering Bach Ma National Park, Cau Hai lagoon, Lap An lagoon; rest in Lang Co tourist area; Exploring Hai Van Pass is a spectacular pass between Thua Thien Hue province and Da Nang city.
You can enjoy Hue singing on the Perfume River (with sightseeing tours), listen to court music at Duyet Thi Duong theater in the Citadel.
Hue Culture and Arts Festival is held every 2 years in even-numbered years, Hue craft village festival is held every 2 years in odd-numbered years. If you want to participate in these events, you need to follow the program schedule to book tickets and hotels early because these occasions are very crowded.
Hue’s weather is not favorable in winter, as the Hai Van mountain range between Hue and Da Nang blocks the northeast monsoon from the north, causing cold and heavy rain. Hue is also affected by the marine climate, prone to storms in the summer.
Hue is also the land of cuisine, you can discover the dishes here from popular to high-class everywhere, from the Northern Citadel to the Western Quarter in the south of the Perfume River. Popular dishes can be mentioned as: Beef vermicelli, mussel rice, Banh Beo (and many other cakes), snakehead fish soup…; King rice and royal dishes are abundant in luxury hotels. Hue tea is also an interesting culinary dish. Cafés are also everywhere with a variety of styles.
The specialties as gifts are also many, the most popular is sesame candy. In addition, there are other special and typical dishes such as royal tea, Minh Mang wine, eggplant, sour shrimp.

The most popular Bus transfer options from Hoi An 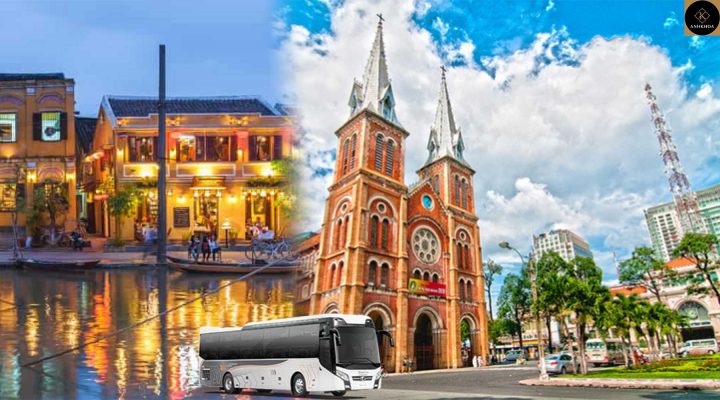 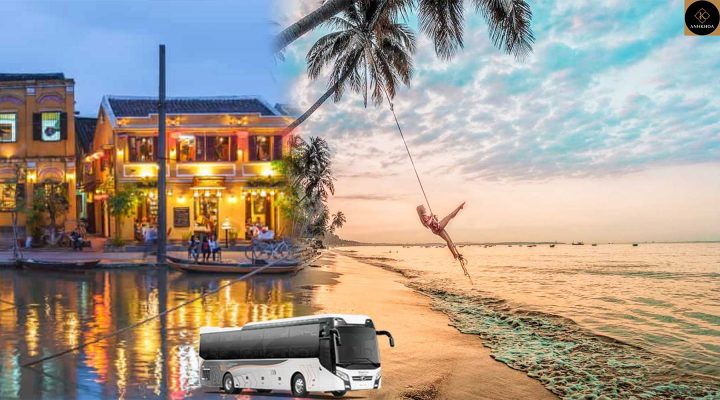 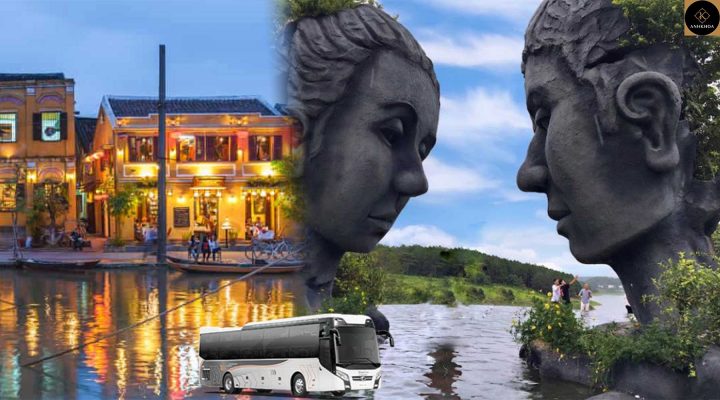 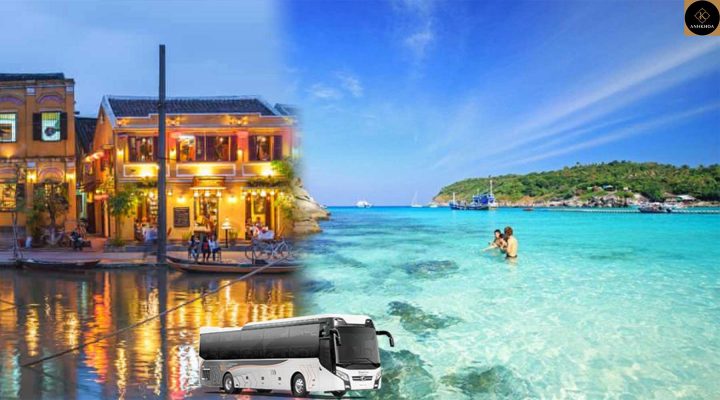 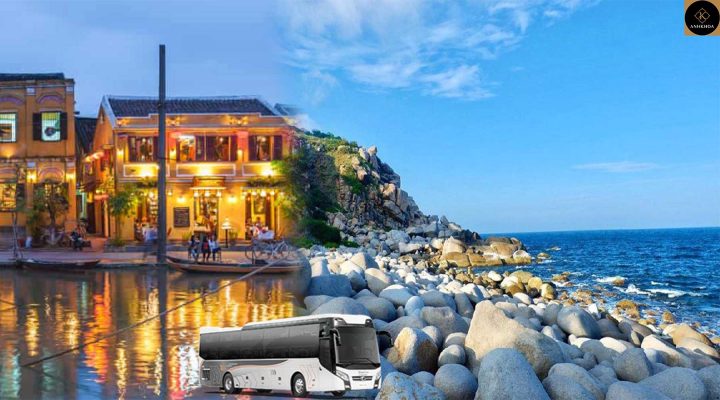 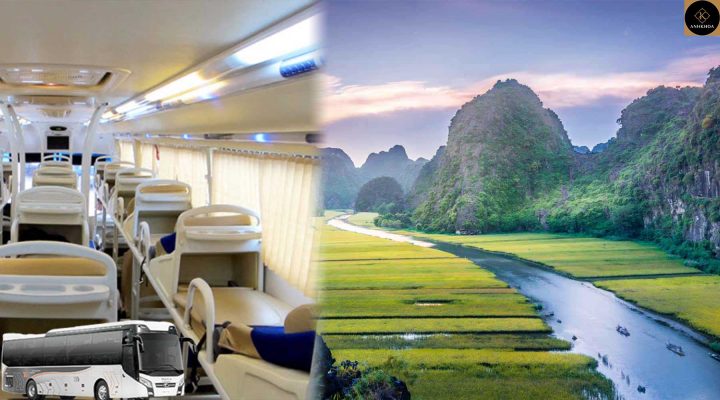 Transfer from Hoi An to Hanoi Bus (Sleeper Bus) Top 1 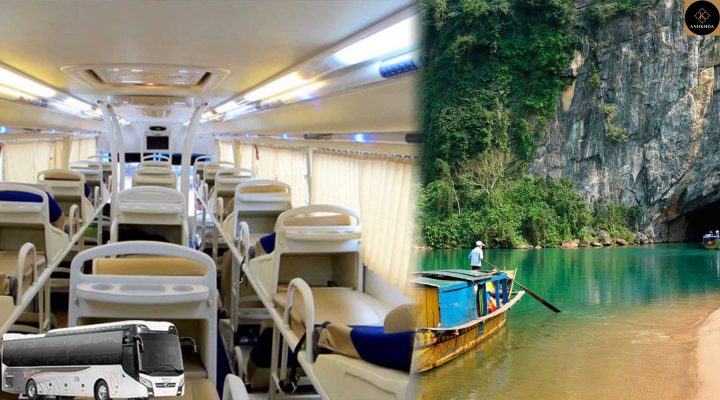 Transfer from Hoi An to Phong Nha Cave by Bus (Sleeping)